When Community Supports Recovery, there is Hope

When Community Supports Recovery, there is Hope 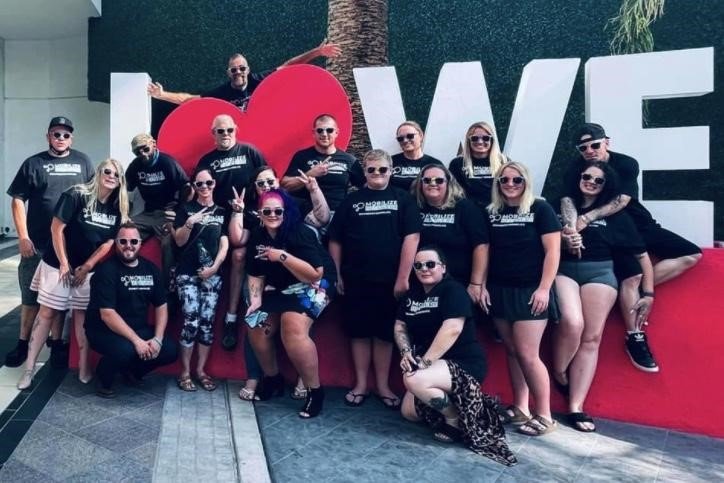 As someone with a family background of substance use disorder, working with my community to educate and support others dealing with or affected by addiction is very important to me. 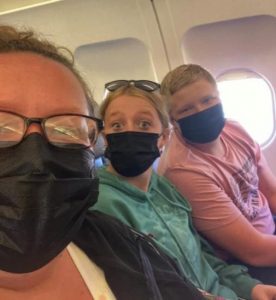 I’m still in high school, but I’ve been volunteering with a non-profit organization known as Maine Recovery Advocacy Project (ME-RAP) since early 202. ME-RAP, also partners with Mobilize Recovery and other organizations around the U.S. to support individuals, families, and communities affected by substance use disorder (SUD).

Mobilize Recovery holds a yearly multi-day conference in Las Vegas, where recovery advocates and allies come together to learn, and work on innovative strategies and ideas for grassroots movements, so others can help their communities.

When I found out that I was accepted to attend the conference, I was so excited! Not only was it a very meaningful conference for me, but I had also never been to Las Vegas, never been out of New England, or even on a plane! After I learned I was going, it was the only thing I could talk about for months! 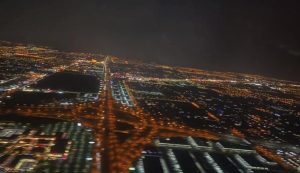 When September rolled around, my mom, my brother, Sam, and I boarded my first flight and left Bangor. We were all thrilled to be doing this!

It was night when we landed in Las Vegas, and the city was lit up. It was magical! I’m from rural Maine, and there isn’t even a stoplight in our town, so this was a sight I’d never seen. 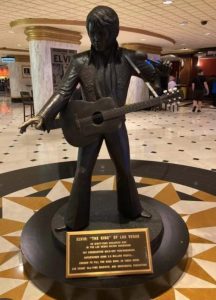 Once in the city, the hustle and bustle were like nothing I had ever experienced. It was so busy and BIG! So many people everywhere! Even though we had just traveled eight-plus hours, we were excited to take everything in and explore Vegas a little. And that’s what we did! We bought monorail tickets and hit the Las Vegas Strip that night. I was a little anxious and overwhelmed with all the commotion; everything was so loud, bright, and intense! But, it was fun, and we even got a picture with Elvis!

The next morning we got to meet our Maine RAP team. It was really cool meeting other volunteers from our state! Everyone was so welcoming! I knew Courtney and Marshall but everyone else I was meeting for the first time.

My brother and I were the only kids there, but we were very excited to be representing family recovery. As I said, my family has been impacted by substance use. My mom has SUD and is in recovery. My Dad, unfortunately, is still actively struggling with the disease.

It was very meaningful and encouraging to be around so many people that understand SUD and all that comes with it. And, even better, we got to celebrate recovery with each other! 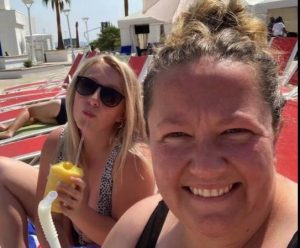 Without recovery, this trip and my family’s life would not be what it is.

We also got to have some downtime to spend at The Westgate, which was AMAZING! The weather was so different from Maine weather; it was dry and HOT! My Mom, Sam, and I soaked up some rays and had a dole whip by the pool! If you’ve never had a dole whip! Try one! You won’t regret it!

The first conference day kicked-offed with an inspiring speech by Patrick Kennedy! He’s very passionate about advocating for those who are struggling with their mental health. Something he said that stood out to me was that as a country we are so willing to support those with medical conditions that are physical, like heart disease, cancer, asthma, diabetes, etc., whereas on the other hand, we often fail to take mental health seriously. Conditions that are related to the mind, and issues like substance use disorder are too often overlooked. 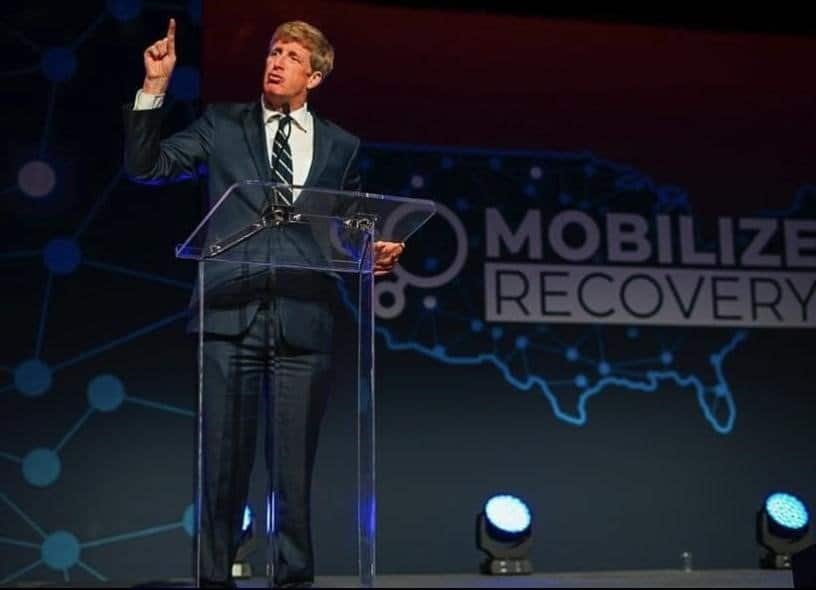 He was very loud and enthusiastic about these topics, and it was clear how important these issues were to him- it’s made me think about them even more.

One of the coolest parts of this trip was meeting new people that are now friends!

To me, one of the more significant parts of the conference was learning how to tell our story. I’ve learned that it’s a huge part of advocacy.

Rosi Greenburg from Harvard taught us the fundamentals of how to organize our story. We learned about how overarching themes, relationships, structure, strategy, and action all contribute to a solid, impactful narrative. This was a heavy and challenging topic but was incredibly eye-opening.

People were divided into smaller groups and each group had a trained narrative couch. In these groups, we discussed different aspects of our narrative. First, was the story of self. In this, we discussed moments where we learned the values that shaped our interest in leadership and advocacy. 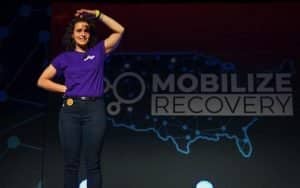 This was difficult for me; I was able to think about the moments that have impacted my life, but it was hard to put into words. My mom shared her narrative which included stories that my brother and I are in.

Then, we dove into the story of “us” which helps people “understand each other” and recognize the values we share in our communities, which help inspire each other. The next phase was the story of “now”. That part of story-telling is when you pose an urgent message, one that we can face, and one that will help communities work toward a better future.

It was difficult and emotional to hear the stories of mothers who lost their children to overdoses, people who lost friends and partners, the trauma/abuse people endured in their lives, people’s personal experiences of overdosing, along with other life events that have impacted their story of self. Each of the stories had a lot of pain and beauty in them. In the end, I noticed a theme: all these people stepped up and were brave.

This day left me filled with a lot of thoughts and emotions that I’m still processing.

On Sunday evening my Mom, Sam, and I had dinner with Courtney. She has been so supportive in my role as a Youth Me Rap. It was really nice to chill with Courtney and spend some time with her.

Also, later that evening, we were able to view an unreleased film called the “Tipping The Pain Scale”. In this film, I got to see the power of recovery and how people are taking action to help their communities and the world! It was inspiring and heartwarming.

On the third day of the conference, several ME RAP organizers represented! I was so happy that all the work that the Maine team has done was now being able to be showcased on a stage in Las Vegas for organizations around the country to see!

Courtney, Mikki, Rosie, and Marshall all got to represent the hard work that was put into some big changes in our state! Maine is clearly a leader in advocacy and I am so proud to be part of this team and state. 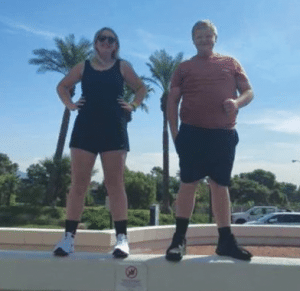 Later on, we got to attend the Recover Out Loud Concert held in the Westgate! There were several artists that performed and speakers that talked about their experiences with SUD and recovery. We had a wonderful time listening to KT Tunstall and some other performers!

We departed from Las Vegas at 12:30 am Pacific time on September 28th and arrived back in Bangor at 1:00 pm Eastern time.

It was a whirlwind of a trip that I am so thankful for. The people I met, the experiences I had were priceless. Thank you to all that made this trip possible, it is an experience that I will never forget.